The city of Goodyear currently meets all of its water needs by pumping groundwater through wells. Arizona laws mandate that for every gallon of water pumped from underground shall be replaced by one gallon of renewable water back into the ground, also known as “recharging.” The city accomplishes this by ordering its share of Colorado River (renewable supply) water through the Central Arizona Project (CAP) – the cheapest alternative. Every year, the city orders a volume of water that CAP recharges back into the same aquifer that supplies the city of Goodyear. The fee associated with this process covers costs that include energy, operations, maintenance, and capital charges. For city of Goodyear utility customers, it appears as “CAP FEE” on the monthly bill. 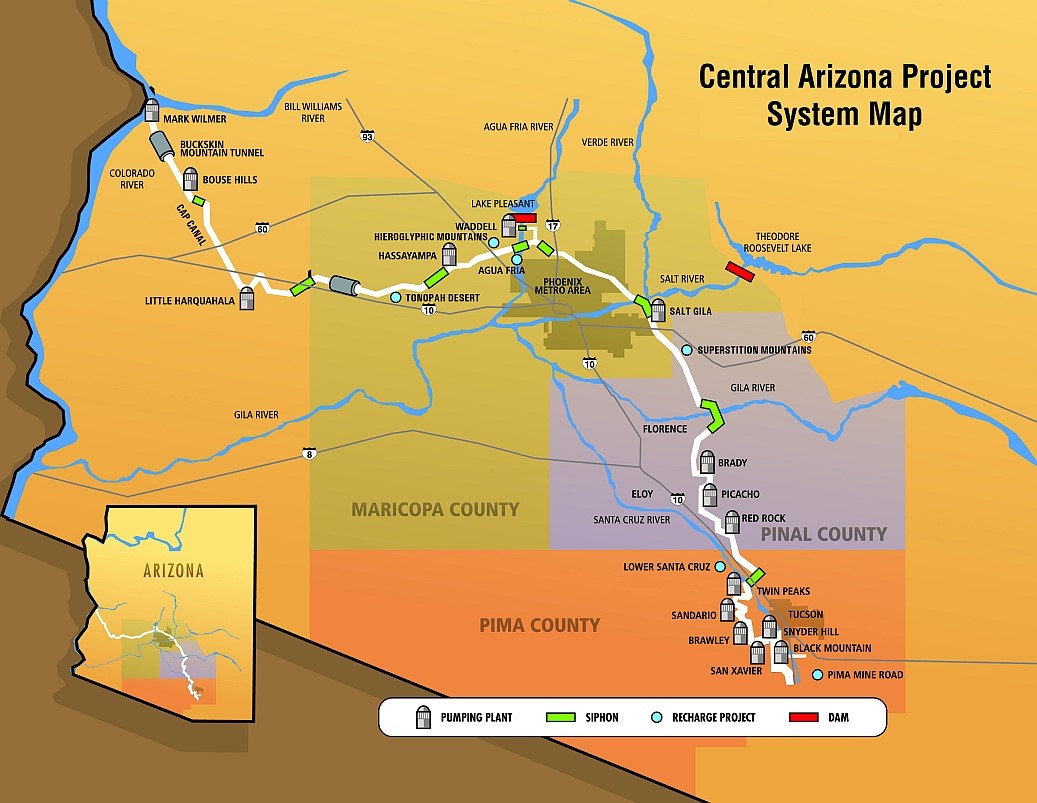 When the city of Goodyear orders its allocation of Colorado River water, the CAP recharges that water either in the Tonopah Desert, Hieroglyphic, or Agua Fria recharge facilities.

The recharge facilities allow the water to percolate into the ground and ultimately meet the groundwater aquifer stored underground for future use or used for meeting the replenishment law requirements. Once this water has been recharged and the State of Arizona Department of Water Resources acknowledges it, the city can use it to meet the replenishment law requirements.

See Figure 5 illustrating how the water moves underground and joins with the groundwater. 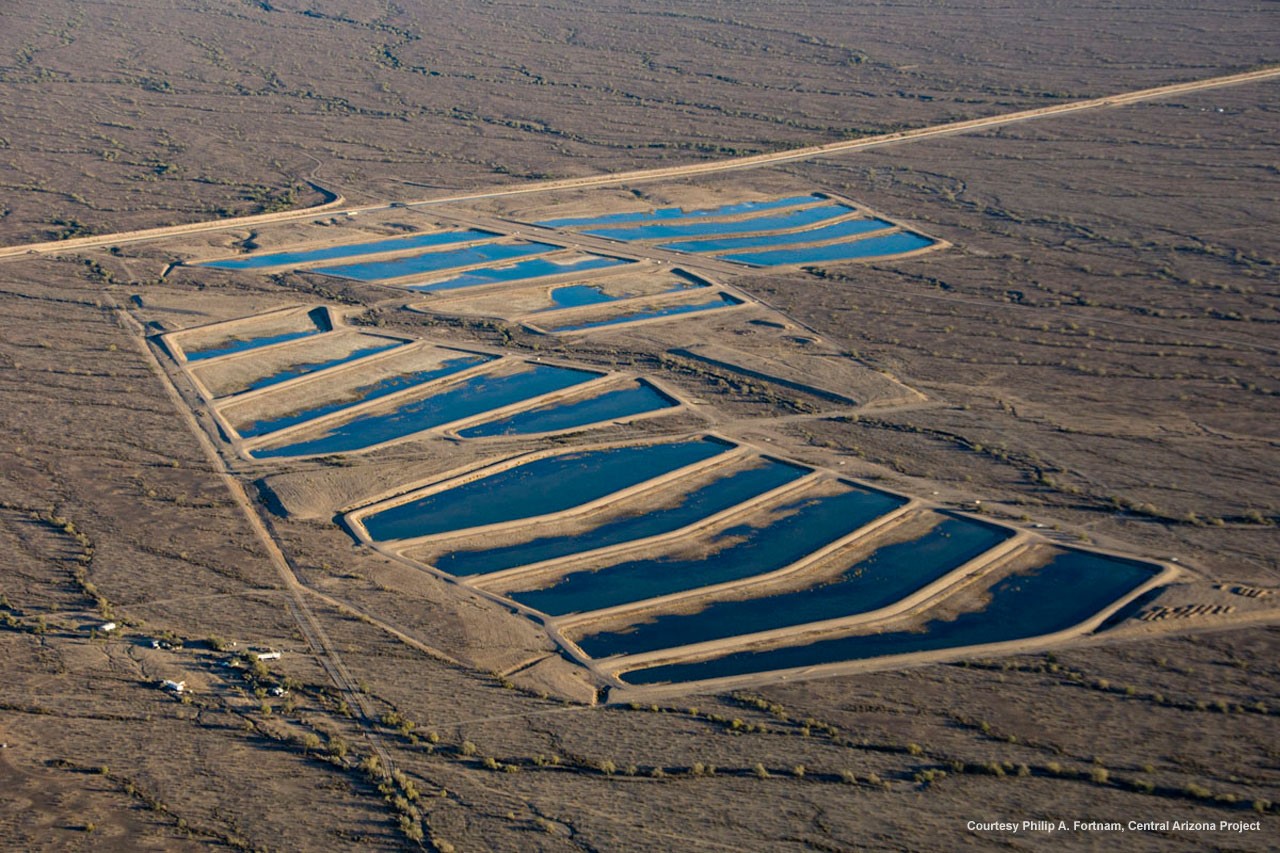 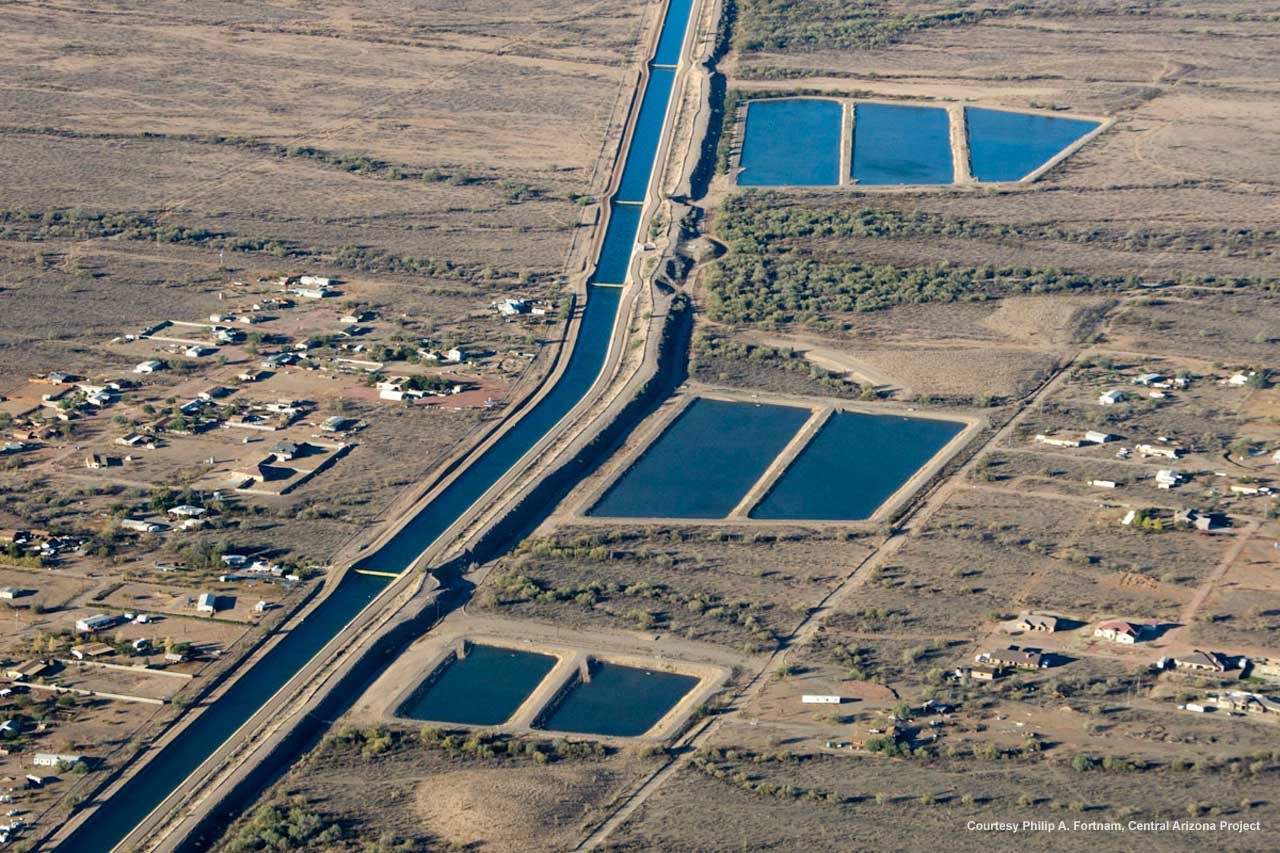 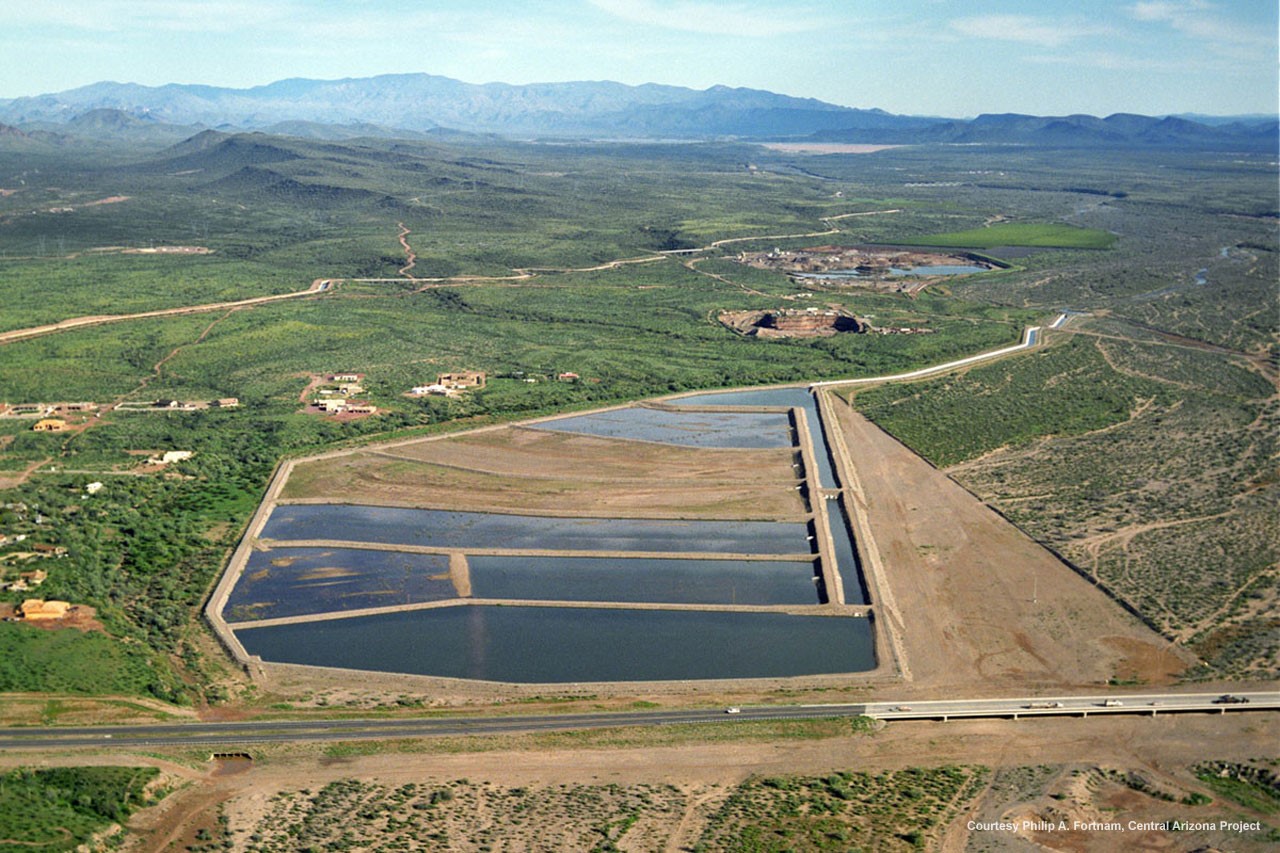 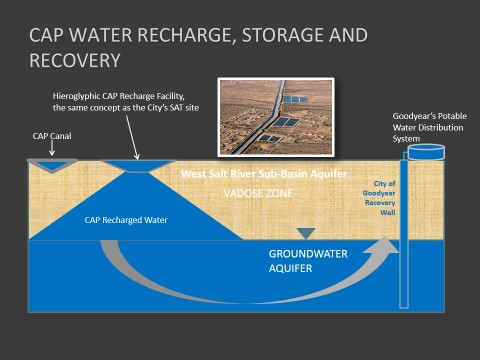 Figure 5 – Image showing a cross-section of the West Salt River Sub-basin and how Colorado River water that is recharged at Hieroglyphic CAP Recharge Facility percolates down through the ground into the aquifer to replenish the groundwater that is pumped by the city.