“Kind words can be short and easy to speak, but their echoes are truly endless.”  - Mother Teresa

Councilmember Wally Campbell was elected in March, 2011, to complete the term of former Vice Mayor Georgia Lord, which ended June, 2013. She was reelected in March of 2013 and in March 2017 to serve a four year term. Councilmember Campbell has served on multiple committees within the City of Goodyear.

Wally has been active with community building efforts since she retired after a career in California state government. Her priorities on Council reflect her perspective that she is a representative of the neighborhoods. They include: improving city to citizen communications, developing community connections and attracting industry creating jobs.

Wally got her start locally in public service with the City's Public Safety Citizens Advisory Committee. The rewarding experience led her to pursue other volunteer opportunities to contribute to the residents of Goodyear, such as:

Wally and her husband, John, a retired Air Force Officer, have lived in Goodyear for 18 years and have 4 children. 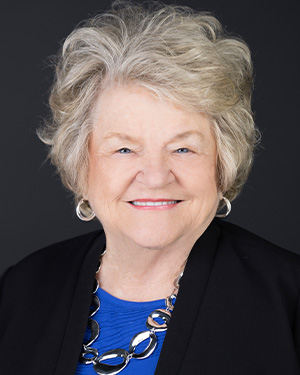 John Raeder
Assistant to the Council