Show/Hide
Starting May 11, the city will reopen under Phase 1 of its reopening guidelines. City buildings and certain parks amenities will be open while following safety guidelines. Click HERE for details.

This information is provided by the Communications Department.

The city of Goodyear has a new police chief. Santiago Rodriguez was promoted to chief on May 18 after serving as acting chief since last October.

“I’m so honored and humbled for this opportunity,” said Chief Rodriguez. “I’m proud to be able to lead such a dedicated team in law enforcement in a city I love.” 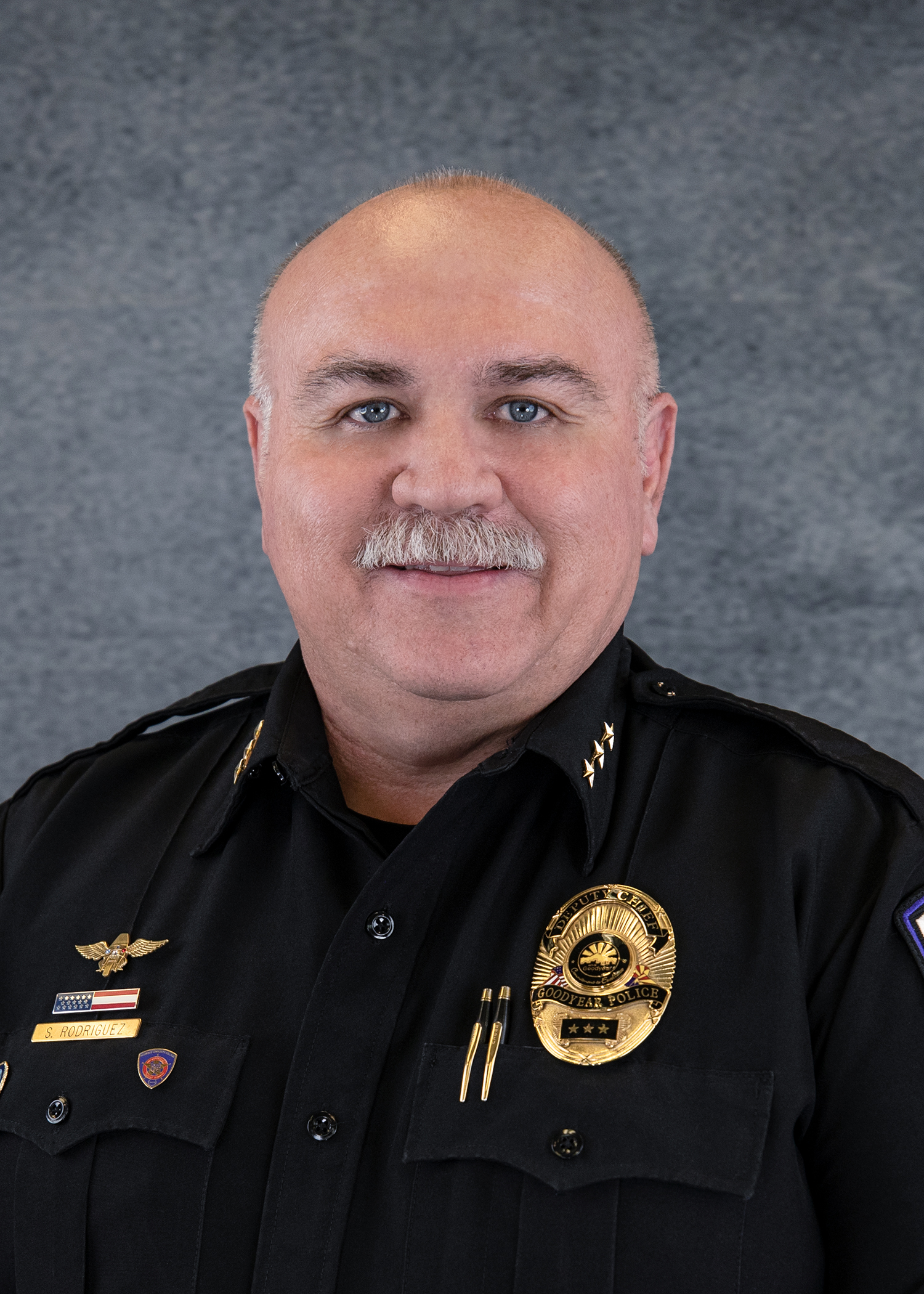 Chief Rodriguez is a veteran in law enforcement and has spent nearly his entire 24 year career moving up the ranks within the Goodyear Police Department. He’s a native Arizonan, and started his career in the state as a detention officer in 1996. From there, he became a volunteer reserve officer in Goodyear in 1998.

Over the years, he promoted through the ranks in Goodyear from patrol officer to sergeant in 2006, then to lieutenant in 2011, and deputy chief in 2015. He’s worked in nearly all the department’s divisions including: patrol, traffic, criminal investigations, community services, the school resource officer program, K-9 unit, training division, hiring and recruitment, and the volunteer unit.

“Dedicated. That’s how I would describe Chief Rodriguez,” said City Manager Julie Arendall. “He is a dedicated public servant who is highly-respected in the law enforcement community and has a proven track record of a strong commitment to community-driven policing.”

Chief Rodriguez has his Associates Degree in Applied Science in Law Enforcement Technology from Rio Salado College. He is a graduate of both the FBI National Academy and International Association Chiefs of Police Leadership in Police Organizations (LPO). He currently serves as the Vice President for the FBI National Academy Arizona Board and will be the president in 2021.

Some notable achievements in his career include helping to lead the efforts to bring body-worn cameras to the department which included research, formulating a review team, policy development and training of all officers. This program has brought a higher-level of transparency to the department and has allowed for more effective prosecutions of crimes.

“I truly believe that they key to a safer and better community is partnering with our residents,” said Chief Rodriguez. “Simply responding to 911 calls isn’t good enough for me. Interacting with our residents one-on-one each day helps us better understand who we serve in order to prevent crime and build a stronger city.”