Show/Hide
Starting May 11, the city will reopen under Phase 1 of its reopening guidelines. City buildings and certain parks amenities will be open while following safety guidelines. Click HERE for details.

The Goodyear City Council has unanimously approved the development agreement for Goodyear Civic Square at Estrella Falls. This will be a first-of-its-kind project in partnership with the Globe Corporation.

Since 1984, the city has aimed to create a dynamic project like this. Since then, several citizen committees have been created to provide input on what residents would like to see in a city hall project. With the rapid growth of one of the Valley’s fastest-growing cities, comes a need for a dedicated space for the community to come together.

Civic Square will serve as a highly-desirable community gathering spot for events such as festivals, concerts, and parades – creating a true sense of community. It will be located on the northwest corner of McDowell Road and 150th Drive, just west of Harkins Theater. Plans include several amenities including a city hall, library, and a park/gathering place.

In conjunction with the city’s new buildings and two-acre park, Globe Corporation is committing to construct 100,000-square-feet of Class A speculative office space. This type of highly desirable, upscale office product is limited in the West Valley and will attract the type of companies who bring high-quality jobs. The ability to attract large office users expands the daytime employee base in Goodyear which increases the attractiveness for new restaurants, retail and entertainment.

“This project has been a long time in the making and is one of the reasons I began my career on council years ago,” said Mayor Georgia Lord. “Our residents are what makes our city a close-knit community, and I look forward to celebrating holidays and special occasions in this new gathering space together. Goodyear Civic Square will certainly help shape the future of our community and it wouldn’t be possible without our incredible partnership with Globe Corporation.”

The city has entered into a public-private partnership with Globe Corporation to create this project. For more than a century, Globe has had proven success through a long history of legacy projects. The company owns 47 acres where the new Civic Square will be built. They are donating some of the land to Goodyear for this project.

“We are so excited to move forward in this partnership with the city of Goodyear,” said George Getz, President of Globe Corporation. “This project is coming to fruition at just the right time. Goodyear is ripe for a development of this magnitude. Through highly-coveted Class A office space, it will attract the kind of companies which will spur even more development in a highly desirable area.”

Goodyear’s current city hall requires future funding for reinvestment and expansion and was meant to be a temporary location. Goodyear Civic Square at Estrella Falls is expected to be completed by mid-2022. 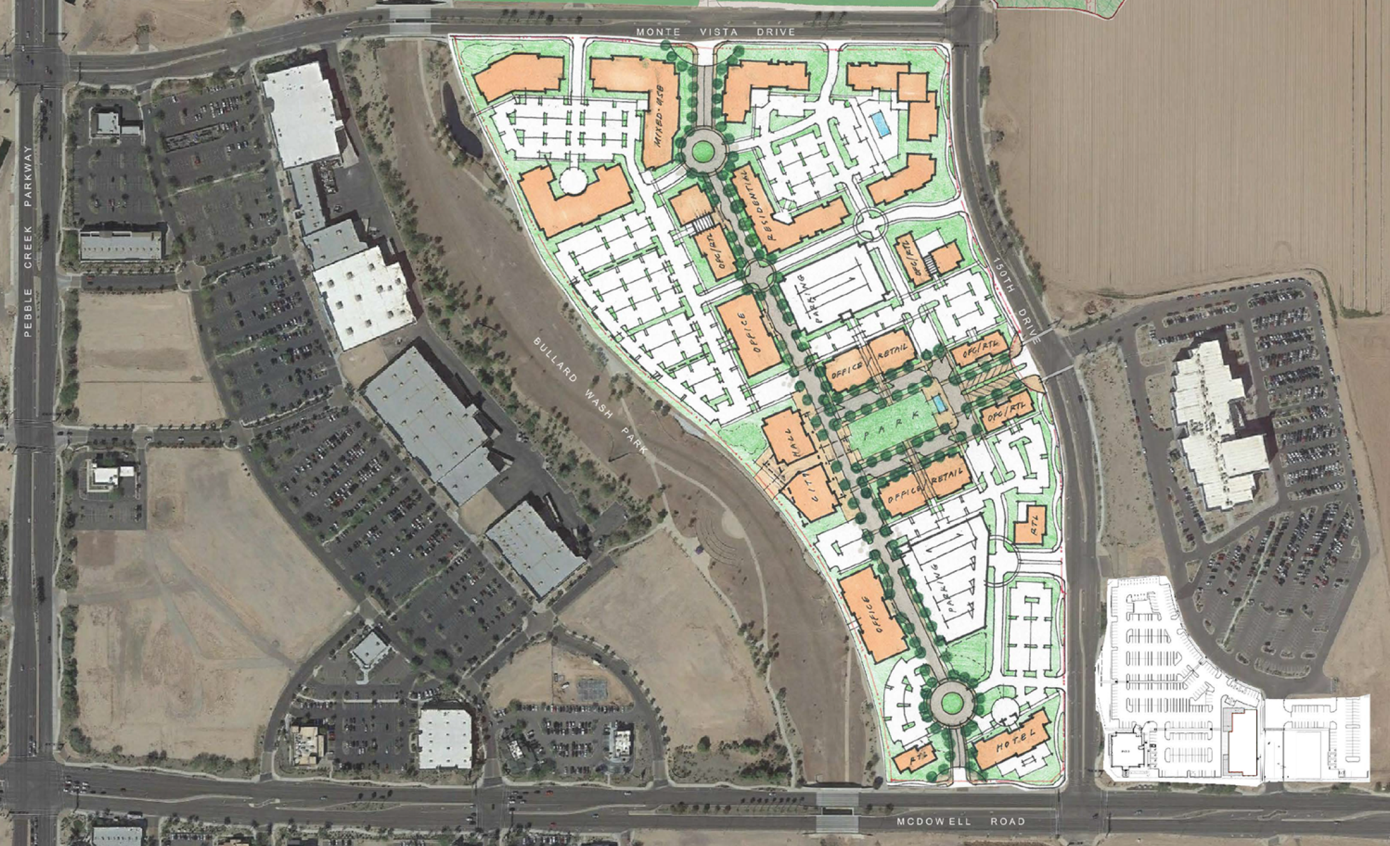