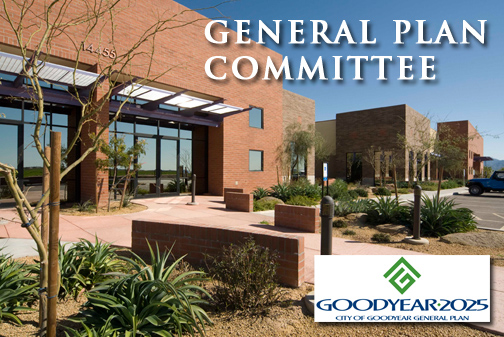 The Goodyear 2025 General Plan Committee was appointed by City Council on October 1, 2012. They were charged with overseeing every aspect of the General Plan update. 24 members of the community represented the diverse neighborhoods, demographics, and interests of the community. They contributed over 2,000 volunteer hours to the project.

May - Tourism
May - Bullard Corridor Land Use
May - Technology